Gentlemen/ladies,
This is a two part question. The answer I get to the first, will determine whether or not I ask the 2nd.
Does a note placement on a staff indicate the fret/string used? In other words, The colon on the right side of the “F” (or bass) clef wraps around the 2nd line (from the top) of a musical staff. Does that mean that this particular note is the 1st. fret on the “E” string?
Thank you for your time.
-Sam-

The colon on the clef is always aligned with the F on the staff (2nd line from the top) no matter what. It has nothing really to with the notation or the score, or what frets are used.

I hope my answer makes sense and is helpful to you.

Hi Pam,
Thank you kindly for your quick response. I understand what your saying. So I will ask you my 2nd question. I’m trying to learn a song that has a 1/4 note placed on the 2nd space BELOW the staff. A “D:”. I have a four string bass and was thinking that I needed a 5 stringer to reach that lower pitch “D”. If the position of the note on the staff is not important, why use ledger lines and extra spaces?

Here is how the lowest note on a 4-string bass, and the highest note on a 4-string bass (with 20 frets) are notated on a score sheet (these notes are E2 and Eb5, respectively) - because it is cumbersome to look at so many extra ledger lines, the notation to the right is often adapted, which means “played an octave up” (that is what the “8”, or sometimes “8va” means):

Like @PamPurrs said: this notation doesn’t give you any more input with respect to where on the bass (i.e., which string and fret) you should play a certain note. However, for the two particular notes shown here there is only one option in both cases.

space BELOW the sta

or a 4 string tuned to BEAD

Or just tuned to DADG. And then there are also mechanical solutions that let you tune the lowest string from E to D “on the fly”.

Joe,
Thank you as well.
By your graphics, you show me that note placement (on the staff) correlates to Fret/octave. But why show a “D” two spaces below the staff when my 4 stringer CAN’T reach that pitch? I realize that a “D” is a “D”. But an open “D” (while the same note) sounds different than a “D” on the 19th fret of the “G” string.

Tthank you Pam. that’s what I was also thinking.

That’s because they are not the “same” D

The notation two below the staff is D2, while the one high up on the G string is D5 (here, the number refers to which octave they belong to - I think it comes from the piano; in this system A4 is the note which has a frequency of 440 Hz).

Anyway… many songs require you to play that low D (D2) and, yes, you are right, it is not available on your 4-string in standard tuning. Therefore, you can either ignore this and play it an octave up (i.e., on the fifth fret of the A string) or tune your “E-string” to D. The former approach can sound OK, but probably doesn’t in most cases. Thus, tuning from E to D is the only option… but, of course, then you need to remember that you have to fret anything else you play on that string differently than you normally would, i.e., a G is now on the 5th fret and so on…

), but I know a lot of other BassBuzzers use alternate tunings all the time. If nothing else, it is good brain gymnastics, I guess

Thank you again Joe and you as well Pam. You’ve answered my question. I wasn’t aware of the D-1, D-5 thing. Makes sense to me. I am now no longer confused. THANK YOU!!!

This is one of the reasons I play 5 string. That B string comes in handy when I need it.

It’s in Drop D tuning. Tune your E string down to D and you can play it

A lot of music in certain styles is in drop D.

So, Sam @Trib: if you want someone to get notified about a reply when not directly answering one of their posts, you need to use the handles (like I just did)!

Also: @PamPurrs is indeed Pam, but I am not a Joe

I know, it is confusing, but my first name includes the r and the g

And, finally, before @eric.kiser finds out: why don’t you go over to the Introduce Yourself thread and, uhm, introduce yourself!?!

Welcome to the Bass Buzz forum! If you haven’t already done so, the Chat forum is a great place to start a thread saying hi and introducing yourself. I’m really excited for everyone to have a chance to build some community around learning bass and playing music! I’ll start! Here’s some stuff you might not know about me from watching me teach you bass for hours and hours: After years of wanting to, I finally started studying martial arts this last year (Jeet Kune Do mostly, plus some Muay Cha…

And, finally, before @eric.kiser finds out: why don’t you go over to the Introduce Yourself thread and, uhm, introduce yourself!?!

I hope you saw my tongue being firmly planted in my cheek when I wrote that, Eric!?

You are, in many ways, the calm center in this - more often than not - whirlwind of a forum with its participants pulling each others’ legs and perpetually straying from the original topic of a thread! You are often the one pulling us back on track, bringing order to the chaos, and reminding people of some basic rules of the game in here! And a big thanks for that!!!

Actually, while I am at it (and this is way overdue anyway): you are also the one who finds ways to answer in a kind and curious fashion to posts that make absolutely no sense at all! And… you are the king of the likes - always a smile and a heart for everyone!!

I hope you saw my tongue being firmly planted in my cheek when I wrote that, Eric!?

Oh yes. It actually made me laugh out loud.

Thanks Joerg. I appreciate it. But… Um… You’ve gone off topic.

In all seriousness, Thank you. It’s always nice to hear your efforts are appreciated.

Not only that, but I probably also “buried” this praise in here, seeing that the average Buzzer is unlikely to venture into a thread with that topic

You might want to read along here, @Trib (If you haven’t seen this yet yourself):

How to make detuning easier Gear

So the constant detuning and retuning between EADG, DADG and DGCF multiple times a day is becoming a bit of a pain in the arse. I see that there’s this thing you can put on the headstock that lets you quickly detune a string, but searching for “detuner” I’m unable to find any on amazon or gear4music. What exactly are these called? Also, what’s the catch? Why doesn’t everyone have one? And I can see that there are pitch shifter pedals as well. I should be able to use that to switch between EADG…

Hey Joerg,
Thanks for looking out. But i think I will stick by the standard EADG. I’m a bit “Old School” and a firm believer that “If it ain’t broke, don’t fix it.” Thank you again.

i think I will stick by the standard EADG

I see a 5 string in your future 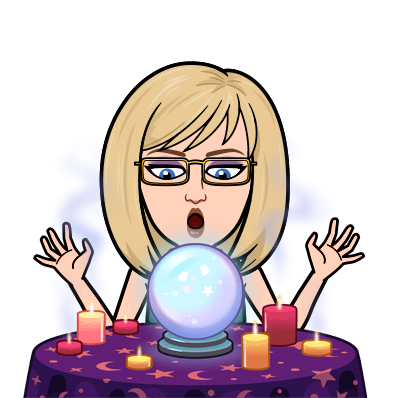