Next step up from a practice amp

I have been buying cheap second hand amps and there is always something wrong with them. I suppose this is why people are getting rid of them.

I am always looking a new basses but have realised that I quite like my Squire bass. It feels good in my hands and to my uneducated ears it sounds great too. My wife’s drum teacher (who is also a professional bass player and all round clever clogs) is also impressed with the bass and has said that if ever I decided to sell it, he would pay what I paid for it.

So, the bass is staying for a while and I have decided to to pump a little money into a decent amp.

At the moment I am practicing at home but I have started a local music making group which is growing in membership so in the very near future I will be playing with others and will need a reliable amp to help me compete with drums and guitars so I am thinking maybe 200W?
Do any of you have any suggestions. I want something that I will not out grow of for a year or two. Maybe a head and cab
I have about £500 to spend

I was just looking in to this a few months ago.

My thought at the time was that in the 200W+ range you’re probably best served going with a standalone head and cab, as you’re starting to talk serious money for the amp and you probably don’t want to be tied to a single (very) heavy combo speaker option (for places that have their own cabs, etc).

One thing I discovered was that there’s a lot of really good cost/performance highly portable class D amp heads out there. I ended up buying a TC Electronic BH250. Unfortunately it ended up being defective on arrival.

I think if I were looking again now I would be looking at the Gallien-Krueger MB200 and MB500. Great sound for the styles I like and reportedly really high quality.

Ampeg also makes a great series of class D amps with the PortaFlex series. I really like the Ampeg sound so these appealed to me.

Of course after getting a head you need to get a cab.

Unfortunately it ended up being defective on arrival

Did you ever receive a replacement, @howard? Or did you opt to get your money refunded instead??

Got a refund and decided to go ampless. This is my amp now 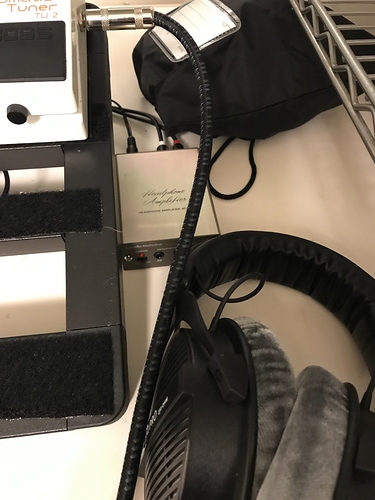 For a hardware-savvy guy like you, that seems a bit of a radical decision!?

But… perhaps quite appreciated by the neighbors!?

I like the idea of the BH250. The Trace Elliott elf is a similar price though.
Decisions decisions

Do any of you have any suggestions. I want something that I will not out grow of for a year or two.

I also really like my Squier bass, @studio . . . definitely a great choice

I initially bought a Fender Rumble 25, then upgraded to the Fender Rumble 100, reasoning that they would be compatible with that bass (all same mfgr.) I’ve also been very happy with the 100 . . . so, IMHO the Rumble series may be worth your consideration.

If or when I upgrade, I’d probably go with the Rumble 200. Advantages are light weight and expandability.

There’s a million choices and opinions out there . . . so good luck in your search

Yeah mostly I realized that due to my practice hours and the realities of living in Tokyo, I wasn’t using my amp much if at all anyway, and that any place I went to jam would either have dedicated amps already, or a PA. So in the end I was better served by pedalboard that ended with a preamp and DI and a really excellent set of headphones.

I never thought of the Rumble 500
Too many choices

You could also get the Rumble 500 as a standalone head without the 35 pounds of 2x10.

I would personally not get it as a combo unless the head was detachable, but that’s personal preference.

It is almost as much just for the head. Then I would have to spend another £500 on a suitable cab.
I am leaning towards an all TC Electronic set up but I am open to suggestion.
I am going along to my local guitar shop on the morrow for a butchers

There’s a million choices and opinions out there . . . so good luck in your search

I never thought of the Rumble 500
Too many choices

It is almost as much just for the head. Then I would have to spend another £500 on a suitable cab.

I loved the idea of being able to just chuck one of those tiny class D amps into a gig or shoulder bag and show up anywhere with a few hundred watts (and a DI). Not having to lug a couple dozen kilos of speaker around when you don’t need to is pretty huge, and the flexibility to try out and choose different cabs over time was much more important to me than saving a bit up front and going with a combo. YMMV.

Ibanez did something awesome here with one of their amps; it’s a 300W amp with a tiny 10" cab, but the amp is detachable with big thumb-bolts: 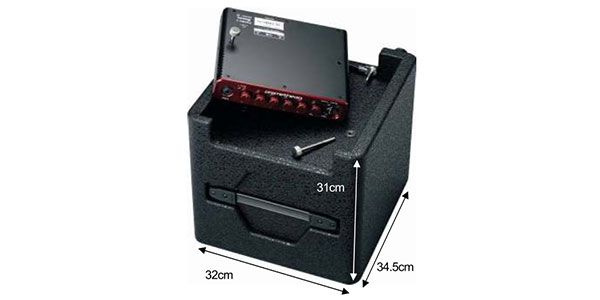 That seems ideal to me. Sounded good in the shop, too. I almost bought one. Unfortunately they only did this for the domestic market and the export models for some reason have the amp permanently affixed to the cab.

Ampeg does something similar (though more clunky) with the PortaFlex flip-tops. However I would buy a PortaFlex head standalone rather than with the cab, most likely. Though like the Fender Rumbles, those look like decent deals.

I am leaning towards an all TC Electronic set up but I am open to suggestion.
I am going along to my local guitar shop on the morrow for a butchers

That’s where I ended up before deciding to go ampless. TC’s stuff sounded great to me, very clean and transparent. And inexpensive.

In the end you’re doing the right thing, having a look at the shop at lots of amps. It’s really the only way to reasonably choose.

Just bought a Rumble 500 the other day. Even paid retail for the first time at GC, receipt, 40 day guarantee, fresh box to unpack! No CL or Reverb gambles. Wasn’t just an impulse GAS purchase either. I spent a few months researching amps. There are so many trade-offs, as has been stated in this thread. But, for being so lightweight, yet so powerful and portable, this is the amp for me. No regrets! This baby is LOUD!! And such good quality sound. Plus, versatile for any gigging, rehearsal, or just at home cranked up situation 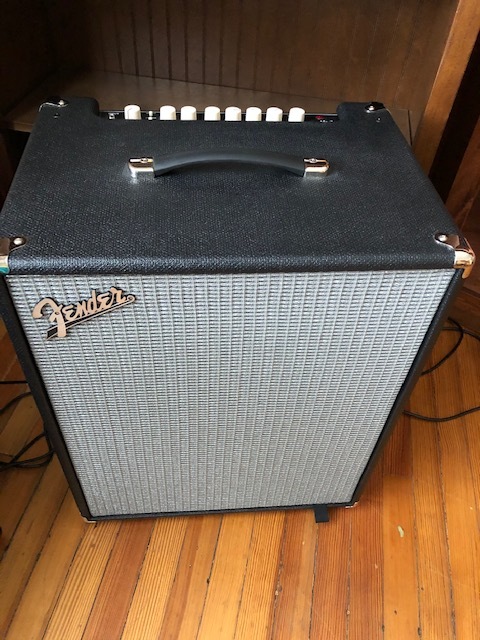 That is a really great amp and should be plenty of power for the stage!

Congrats and wishing you much success with it on your next gig . . .

Every time I scroll through threads like this, I get a major case of GAS. I end up having to take my GAS medicine to stop it ( IE: review my bank balance).

NICE @Vik!! I’m sure you’ll be able to make the furniture dance when you crank that one up!!

When I get a bad case of GAS, my wife always reminds me to think… “BEANO”!!

As in,… “There BEANO money for that damn thing!”

As in,… “There BEANO money for that damn thing!”

Okay. That one made me laugh.