So since there’s a lot of encouragement/recommendation here about playing music with other people I started looking around where I could find such people apart from those I already know (guitar playing colleague, drummer friend) and had a look at a band/musician marketplace.

There is a band really close by, playing pop rock and looking for a bassist. Writing this out I already can imagine your answers but I’m not sure I’m confident enough to go to a group of people who already knows each other and so and play with them with my beginner skill.

Apart from my freight it’s perfect. A few minutes away, they have a practice room and already written songs. You can listen to existing songs here:
https://www.backstagepro.de/musikerkontakt/mieses-karma-band-sucht-bassist-in-pop-rock-50389-wesseling-ndZTPMdLZx
I like the genre and the only thing I’m not completely on board with is the voice/vocal melody.

At least some of them contain bass so I guess they had a bassist once? Or one of the two guitarist has to be on “bass duty” sometimes. From what I listened to it sounds playable given a bit of practice so I don’t have to actively think about the chord progression and so on.

I’m going to sleep now and see tomorrow what you guys think about contacting them. In their ad they say “beginner, advanced, experienced” as skill level so I guess the worst that could happen is that they aren’t interested.

edit Huh. I thought it was a male singer but it’s female. Not that it makes a difference for anything said before.

@juli0r, I definitely think you should contact them. It can be a little intimidating to play with people you don’t know, but it’s also a great experience.

Give it a go @juli0r.
You’ve got your ESP , you’ve got the skills and you’re ready to go

Exactly. Or you end up not being interested once you’re there. That’s the worst that can happen. So you have nothing to lose. You should go, jam with them a little, and take it from there. No expectations, just go and have fun. 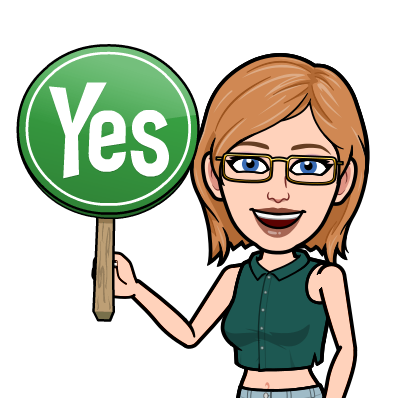 Yes, give it a shot! If it doesn’t work out, you will at least come away with the experience.

Sounds kinda punk-rockish to me

Just give it a try. There will be two determining factors anyway: your skill level and how your personality fits in. In any case, it will be an interesting experience to audition for a band

Hi @juli0r,
This is a great opportunity to go and jam with other muso’s, the bonus is it’s close to home and as everyone else has already said, you will never now if you don’t have a go.
PS: I am envious.
Go for it👍
Cheers Brian

After listening to the song,

HELL YES!!!
they rock pretty good, that will be fun, I would.

Absolutely in my opinion.

The worst that can happen is that you don’t like it, or you’re not suitable. That’s it.

And the best that can happen is -

You fit in and like it.
They like it
You experience playing along with other people
You’ll learn loads of new stuff. And so will they.
You’ll meet potentially new friends
You’ll have loads of fun

Until the whole things goes sour… because it inevitably always does (otherwise, it wouldn’t be rock’n’roll)!!

No, but seriously, @juli0r - go for it! Remember: they need/want you; you don’t need them! Bass players are in demand, while you could throw your bass in any direction and easily hit ten guitar players looking for a gig (figuratively speaking; don’t throw that ESP anywhere!)

Haha, yes, true. I argue with my bandmates all the time, but it’s the only way we get anything done

Sounds kinda punk-rockish to me

Eh, same difference to me.

Thank you all for the encouraging responses. As I already have written I expected that I can imagine your answers and I was right. It was still good to read them out for encouragement and help me take the plunge. Will leave them a message today!

PS: I am envious.

Yeah. I could not believe my luck how good this band fits for me location and genre wise.

one of the good point about playing a rather “unpopular” instrument (what I mean here is that there are less bassists than guitarists or singers) is that, when you consider joining a band, the members are not really in position to judge you too severely. they need you more than you need them, and everybody perfecly knows that.

Yes, I know. I am still unsure about how I want to word the initial contact message. Do I tell them I started 2 months ago? Or just tell them that I started ‘recently’. I am probably overthinking this. Like you said they probably need me more so a message with “bleh! I’m bassist! Contact me!” could probably work

Some ads in the marketplace were also weird to me.
“Band looking for guitarist, bassist and drummer.”
“Dude - you’re not a band. You’re a vocalist with a keyboard!”

Think he has been in a band before, just not as the best part of the band before