I am a dog lover. I have been a dog lover for my entire life. My earliest memories involve a little dog named “Lucky” (he wasn’t that Lucky as it turned out…ran over by a train as a puppy…we lived really close to the tracks) I have three little dogs that I took out of very bad situations. An old Chocolate Lab that was left on a chain at a rental house near where I used to live. The owners moved and left her there with no water, no food and only about a 5 ft chain. She had been chained her entire life. I cut the chain and adopted her and now she is fat, sassy, and living a good life. I have a silky-poo. She was owned by people that would hit her in the head until she passed out. They thought it was funny. They kept her in a crate so small she could not even stand up. This was done for 10-12 hours a day. Then they were going to have her put down because they said she would bite at them. I talked them out of her and she is now old, fat, and has never been given anything but love. Then I have my little mountain feist. She is a demon. High energy, and fast as lightning. She was kept as a puppy in the most filthy conditions imaginable. Allowed to lay in her own urine and feces. The kid I got her from is now dealing with legal problems. He was arrested along with his girlfriend for production of child porn with their own kids. He deserves whatever comes his way. Most filthy house I have ever been in. When we went to pick the puppy up, upon leaving, the stench of urine was on me, in my clothes and my ankles were covered with fleas. I am still dealing with her skin conditions from the filth she was kept in. And this past Saturday, as I am heading to work, I look to my left and lo and behold, there is a little miniature long haired Dachshund that had been put in a box and thrown out. She was almost hit 4 times before I could get to her. Scared to death, waiting in the middle of the road for her “humans” to come back and get her. I scooped her up, went to several houses in the area to ask if anyone knew who did this to this dog. No one had seen her around or recognized her. Posted to FB trying to call out the a**holes that dumped her. No response. So, without further adieu, here is the newest member of the Jones clan…Ruby (my new little wife named her for her red color.) She is the sweetest little girl and did not deserve to be discarded as trash. She has such a comical personality and is adorable. She has worms, and appears to have a little breast tumor. The hair on her little butt is gone and she is a little older. I’ll get her issues sorted as her new life begins. She loves my wife to death, follows her everywhere, cries when she is separated from my wife, and just wants to cuddle. The other dogs have taken to her without incident. I will give her a good life moving forward and she will always be loved. 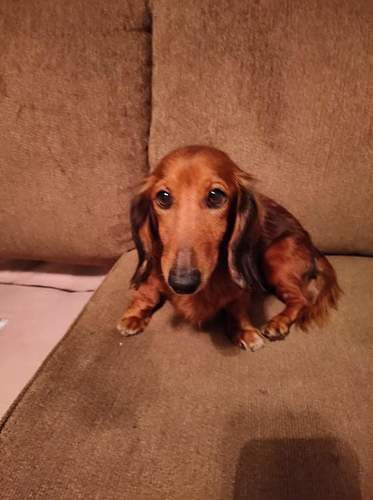 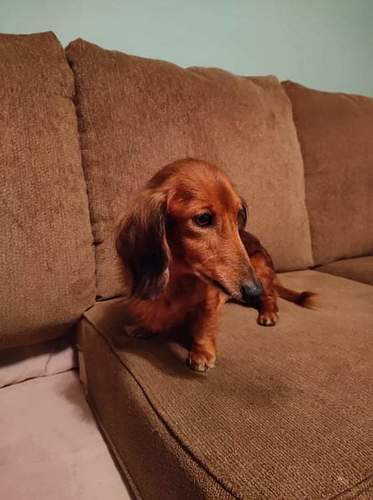 The only thing I can figure is she has some issues that her owners did not want to deal with, or perhaps her owners passed and the kids did not know what to do with her…but we humans sometimes don’t deserve these little angels. I used to tell my late wife that dogs are angels in training that gain their wings after they pass. They don’t lie, never judge and only want to be with their humans. Truly God given little companions.

You are right and it is wonderful what you did to help those poor unfortunate animals out of the horrible situations they were put into, @EddieJones

I wonder what could be done about the “animals” that did this to them . . .

There’s a special place in hell for people that abuse dogs. Dogs naturally trust and love people. Betraying that is even lower than other forms of animal abuse. You’re my new hero for taking these little guys in.

I once read a quote, and I am sure this isn’t exactly right but it read, “You can tell the goodness of a people by how they treat their dogs” I totally believe that. I do not see how anyone can mistreat these noble little companions. I understand how someone can be overwhelmed with expenses like medical conditions, special food etc… But make an effort to find someone that will give them a good home full of love. In my area, shelters are over run with dogs and cats that were surrendered. Many are surrendered because people, especially in this area, young people, get tired of the care they have to give. Or they start having kid’s and do not want to risk an incident of aggression. Just find someone that will take care of them.

From one dog lover to another, here’s to you @EddieJones for being so kind to so many of our little friends.

You, sir, have just become my new personal hero!

The stories about your dogs literally brought tears to my eyes, and I can’t put in writing what I would like do to their former “owners” (out of respect for this forum). Somebody once said “humans don’t deserve dogs”, and you seem to have collected ample proof of that, but as long as there are humans like yourself, there is still hope

I would love to be able to bottle puppy breath. I would make a million dollars. I love puppy breath. So fresh and innocent. One time I had a silky-tzu on the other hand. Even the internet said they had the worst breath in the dog kingdom and they did not lie.

I wonder what could be done about the “animals” that did this to them .

I take an ‘eye for an eye’ approach for animal abusers. Do to them what they did to the animal.

I had a girlfriend once. She had a dog, cocker spaniel mix, that she decided she didn’t want anymore and asked me to take him to the pound.

I picked up the dog, took him home, and we spent the rest of his days together. I don’t think either of us missed the gf, who I dumped right after the dog was safe.

My current dog is an English Springer spaniel that I picked up from a pound. When he was young he was so full of energy and darn cute. Why was he abandoned. Now he’s old and I have to lift him onto the bed at night, and off in the morning.

You are a good person and the world would be better if people behave as you do.

Those who abuse their power over beings weaker than them/dependent on them (be it poor people, children, animals,…) are the definition of evil.

Our rescue dog aka Pizza Dog approves this message!! 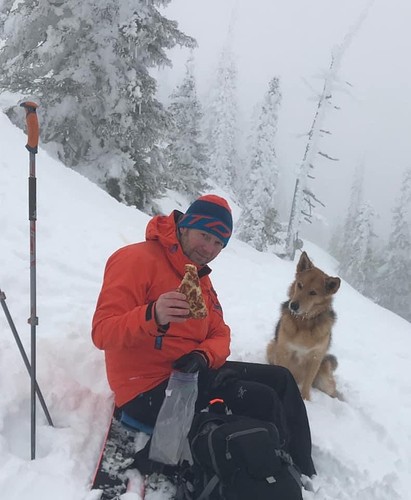 All 4 of mine came from bad situations. There are so many that just need someone to care for them. They really ask nothing from us except food and companionship. And there is nothing quite like the totally innocent love of a dog. They don’t care if you are rich, poor, fat, skinny or whatever is your station in life. They just want to be with you. We have them for only a small portion of our lives sometimes, but to them it is their whole life.

My rescue, Rosie (or should I say I am her rescue

). Left in a box outside a vet. Some people are total assholes. 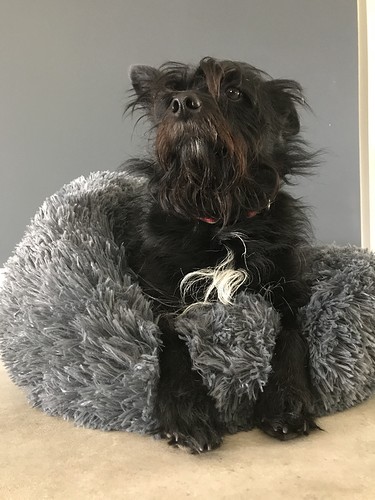 I am taking Ruby to the vet tomorrow just to get a “once over”. I live in a very rural area and people will dump a dog if the dog has health issues. She might have a few. Worms, a little hard breast tumor and maybe some teeth problems. I will get them taken care of starting tomorrow to get a general idea of overall health. I have posted in FB and shared 4 different times and no one aside from scammers has tried to claim her or knows who’s little girls she was. And still no one has come forward to claim this little girl. So, by the powers vested in me by the State of Cornbread, I hereby declare “Ruby” to be a member of the Jones clan and to have all benefits and accolades as such. Let’s go Brandon!

Good man @EddieJones .
Hats off to you and thank you

no one aside from scammers has tried to claim her or knows who’s little girls she was.

Maybe she’s chipped and the vet can identify her ‘owners’.
I’m glad she’s found a new family who know how to care for her now.

Our oldest dog is a rescue and is nearing 18 years old now, 14 of them with us.
One of the blessings of COVID has been that we’ve been at home all the time so he’s had a much easier time being able to come and go as he pleases. I couldn’t imagine the home without him, and he’s remarkably healthy for his age, but there are sad days ahead.

The only time a beloved pet hurts us is with their passing. I have two of mine that are getting older. I am trying to brace myself for their “Forever Day” but I know I will still cry like a big, fat blubbering man-baby.