What albums can you listen all the way through?

Oh yeah there are some gems there. Only really the 70s and 80s albums through - most of the stuff after Seventh Son or The Razor’s Edge doesn’t really do it for me…

Wide range of taste (and excellent I may add).
I cried when i heard Blackstar for the first time, right after his passing.

The only Dead Can Dance song I knew was “The Carnival is Over”, but it’s up there as one of my faves, and doesn’t have her.

I stumbled on “This Mortal Coil” reading David Lynch’s autobiography where he talked about wanting “Song of the Siren” for Blue Velvet but didn’t have the money for the license. Interestingly enough, not getting the song is what led him to Juliee Cruise (a big win in my book). He later was able to use the tune in Lost Highway as it never left his mind. Whoa, I haven’t thought of Saga in a long time. Blast from the past. I’d completely forgotten about them

And Saga are still together, just finished a tour in Europe and back in Germany in the Fall. Released a cd last year, a reworking of older songs done acoustically.

Song To The Siren is fantastic, of course. Basically the Cocteau Twins covering Tim Buckley. There’s some backstory there too; Liz Fraser was (at that time) in a pretty bad relationship with Robin Guthrie (the guy in the video), but later was with Jeff Buckley up until his death, which I think made her step away from music.

But the interesting bit is apparently Buckley fell in love with her voice from hearing her cover his dad’s song, getting together with her years later.

This Mortal Coil has her covering another song that I think she does even better, Roy Harper’s “Another Day.” Apparently Ivo played on that one. Wide range of taste (and excellent I may add).
I cried when i heard Blackstar for the first time, right after his passing.

Usually I just listen to music at work, hiking/biking or at the gym but earlier this year I bought a headphone DAC and some Sennheiser HD560S headphones and actually started spending time just listening to music again. I always stream music and mostly listen to cultivated lists/channels and probably hadn’t listened to a whole album in about 20 years when I last bought CDs.

When Adele released “30” she said: “We don’t create albums with so much care and thought into our track listing for no reason. Our art tells a story and our stories should be listened to as we intended.”. When I got the DAC and headphones I looked through lists of best audiophile albums like this one 50 of the best hi-fi albums for audiophiles | What Hi-Fi? and started listening to them. I hadn’t Listened to Bowie in a long time and wasn’t even aware of his Blackstar album so I was pleasantly surprised by it!

Since I started just listening to music again and with better headphones, I find that a lot of the music evokes much more of an emotional response. It’s amazing how much nicer a good set of neutrally tuned open back headphones or IEMs are

Oh yeah there are some gems there. Only really the 70s and 80s albums through - most of the stuff after Seventh Son or The Razor’s Edge doesn’t really do it for me…

When Razor’s Edge came out, I bought it and listened to it every day in the car; I can’t listen to it anymore 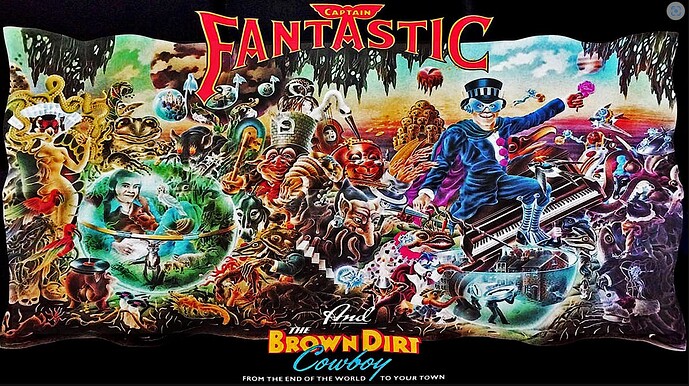 I’m going to be listening to Captain Fantastic and the Brown Dirt Cowboy from beginning to end, while staring at the art on the vinyl cover until I’m too old to hear and see things.

I think its been nearly 40yrs since I’ve listened to an album all the way through…pretty sure I listened to Texas Flood straight through a dozen times when it came out and maybe Santana’s Supernatural. I remember Springsteen’s 1975-1985 box set coming out while I was stationed in Germany and sitting around listening to pieces of that for hours at a time on huge Klipsch speakers at obscene volume levels where if you close your eyes you felt transported to the club or concert hall. Sorry another trip down memory lane.

The only Springsteen I have ever been able to stand was “Darkness on the Edge of Town”. The guys left leanings turn me off to anything else he has ever done.

The guys left leanings turn me off to anything else he has ever done.

I dunno @EddieJones if you only listen to right wing music, you could be missing out on some gems. I mean there’s only so much Ted Nugent to go around no? 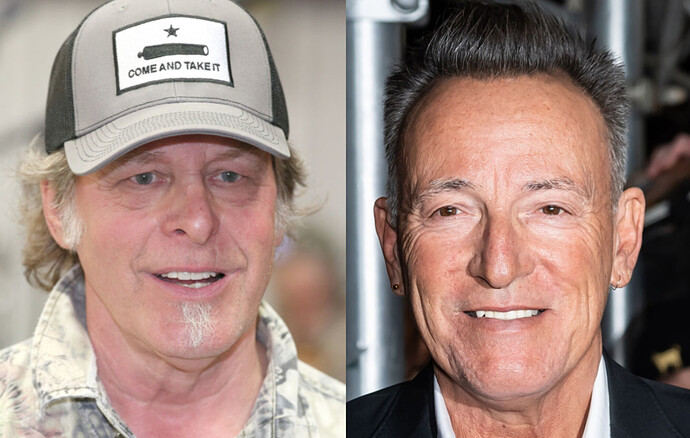 He did, however, also say he respected Springsteen's "musical integrity".

Just to be clear I definitely don’t won’t any kind of political discussion on BassBuzz.

All I’m saying is if you don’t listen to musicians who might have a left lean then throw away a large part of most people music collection.

I like this forum precisely because there’s so little politics.

Yeah. Not trying to start that - just pointing out that Springsteen had to know that he’d lose fans for standing up for his own beliefs like he did, and he did it anyway. I respect that a lot. Stand-up guy.

I suppose this would be similar to women if they decide not to listen to any songs in any given genre, which has misogynist lyrics. There’s a whole lot of them that are hard to stop liking. I just try to not let it keep me from enjoying the sounds.

Same goes for your favorite actors, authors, directors and so on, after you find out they are actually a reprehensible person for one reason or another. Ruins the film, book, show, etc. for you, at least a little bit.

there is more than enough political bullshit everywhere else on the internet. lets leave it off of here.

there is more than enough political bullshit everywhere else on the internet.

I’m going to add Trout Mask Replica by Captain Beefheart and His Magic Band; but possibly only once

Darn it, now I have “Frownland” stuck in my head

The Joshua Tree - U2
I saw them in December of 1987 during The Joshua Tree tour. It was the first concert I attended that really demonstrated to me how powerful it can be to experience music with a huge group of people. Spiritual, even.