Why some well known bassist don't use Ibanez?

I would like to ask you folks why do you think there aren’t that many big names who use Ibanez as their primary bass? People like Steve Vai and Joe Satriani use Ibanez as their primary guitar. Well besides Steve Vai and Joe Satriani, Ibanez seems to be appealing in the guitar community too … But on the other spectrum it seems Ibanez is less appealing to well known bass players [please prove me wrong on this one]. But what do you think are the reason that well known bass players don’t use Ibanez bass as their primary bass? I mean, high end Ibanez Sound Gear have great finishing, the neck is also appealing, Ibanez seem to inovate a lot compared to other brands at least.

So why many bass players are not appealed by Ibanez basses? Do you think this is just marketing problem where Ibanez seems to not have high penetration marketing to the bass community compared to the guitar community? Or the quality of high end Ibanez basses are not as good as other brand who make basses at high end price? Or is it the bartolini pickup Ibanez bass use is widely hated by many bass players? What do you think?

Let’s have an open respectful discussion about this.

Looking forward to hear your opinions. 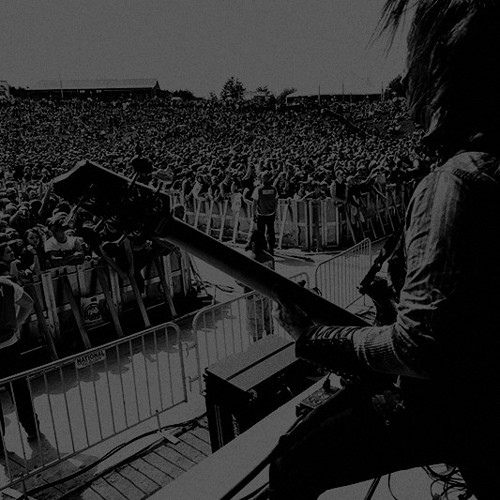 Theres a few famous names above

Thanks @Mac. Maybe I am old school. I haven’t heard many of these names in the bass community.

Ibanez makes basses with a more bright, modern tone than the Fender classics, and also a more modern and less classic look. If you are primarily looking at vintage style bassists that might explain why.

Also, Ibanez does not just use Bartolinis. They also make basses with their own pickups, sometimes custom Nordstrands, and the one I want has Aguilars.

What prompts the question?

Some big names that I like watching like Nathan East, Marcus Miller, John Patitucci, Victor Wooten, Joe Dart, Pino Paladino, Tetsuo Sakurai, Ida Nielsen doesn’t seem to choose Ibanez.
Some youtubers that I like watching like Scott Devine, Marcelo Feldman, Charles Berthoud, Davie504, Julia Hofer, doesn’t seem to be using Ibanez.
I was interested why these people did not choose Ibanez as their main bass have a consideration that might be an oversight that I can not just read on a website or watch on youtube videos. I think it would be great to learn from their thought process as these guys have played bass longer than I do.
But maybe like @howard said, I’ve been listening to vintage style bassist more than rock bassist and maybe tonal characteristics are the reason why they’re leaning towards Ibanez.

Another factor is that use by famous bassists of instruments in the moderate ($500-1500) range might be disproportionately low. For example, I don’t know of any famous bassist that plays a TRBX504/604 as their primary instrument, but it’s my favorite bass I have found for me, up to around double its price or more.

Same thing with the SR’s. The midrange in pricing might not be what pros land on.

I could see a lot of pros that like the style of the Ibanez end up with, say, an ESP at $4-5k. Similar style and sound, but a custom shop instrument.

Yeah, I think there’s something to what @howard said.

I think it’s interesting to hear how bassists chose their instruments. Pino certainly chooses basses for tonal characteristics. You see him play and he will change basses for certain songs. Duff McKeegan of Guns 'n Roses plays basses purely by feel. He has bass techs and equipment to get the tone out he wants, so he chooses his instrument by what feels right.

I think it’s a spectrum. Dusty Hill got his bass because he found a deal in a pawn shop. Mina from the band Girlfriend, whom you might have seen doing a bass battle with Davie504 (and won IMO), plays the first bass she ever had, a Sago her parents gave her when she was 12. It’s a $4,000 bass.

Duff plays a bass he bought when he got his first advance from GNR. Bought it off the shelf in a store. When they record sold and they were to hit the road, Duff went to get some custom basses to tour with, Fender couldn’t get the neck right. They sent an engineer out to Duff to measure his bass, come to find the original equipment neck on Duff’s bass had a manufacturing error and was out of spec. But Duff liked the feel, so Fender went and replicated the error.

Great stories. But a lot of these artists play signature models and are under contract from companies. Boh from Babymetal has been under contract with Atelier for his basses since he was 20. Ian Hill played Fender Jazz basses up till he signed with Spector.

Aside from a few one-offs, Peter Hook has played Yamaha BB’s for his entire career. He developed his signature chorused high-register leading style because his amp sucked and he needed it to cut through the mix, and then got pissed when the guitarist (who he had a long time “friendly” rivalry with, until it broke up the band) told him to follow him, and it made him mad. Anyway, he landed on a BB1200S in 1980, loved it, bought six backups, and used them on every album over a 40 year career. He switched to a BB734A a couple years ago, and then had Yamaha make him a signature edition that was a hybrid of the 734 and his original 1200S.

Instrument choices are interesting. They don’t always follow what you would call conventional wisdom about which bass is “better”

Instrument choices are interesting. They don’t always follow what you would call conventional wisdom about which bass is “better”

You are right on this one @howard. Sometimes the reason they chose certain bass does not follow logical wisdom. This is why I am researching the thought process that goes into the choice these bassist made.
I am going to look over some rock bassist that you mentioned. Maybe you are right, Ibanez may be more popular for pick style or for rock music - which I rarely listened to - due to its bright sound.

Gary Willis plays Ibanez - given some of the names you listen to, he could be of interest for you as well!? He has a couple of signature models with Ibanez - the one he is playing here is about 1500 bucks, but you can also get versions for 5-6000 dollars.

Ah thanks. Will dig into Gary Willis.

But a lot of these artists play signature models and are under contract from companies.

When you’re looking for an answer (to just about anything ), consider “following the money” as one good possibility . . .

I know Tetsuo and the whole Cassiopeia were on Yamaha camp.

I could only think of 2 main things money and accommodations.

Ibanez has one of my favorite signature serie the Gary Willis Fretless. I’ll get one of those someday, I’m just not crazy about a 5 string Fretless.

Another good example of a bassist with a more modern tone.

Yeah Tetsuo was on Yamaha camp. He is on Warwick camp now.

It seems he is a Peavey Cirrus guy, looking at his collection.

I went to see them in concert way back when, love when they do 4x4 style. One of the bass he play was the headless 5 strings running EADGC, These guys are pocket kings.

I just think that Ibanez is not as savvy in there marketing as some other big names. If it’s not for Dimarzio pickup, Steve Vai signature model probably would not be as popular. Dimarzio does much better job promoting the product than Ibanez.

Marketing is expensive and some companies just don’t believe in them.