Hello everyone. So I was shopping for basses today when I found the Yamaha TRBX304. I thought it looked pretty good but then I found the 504. Can someone please explain what the differences are between them that justify the price difference. Because I’ve tried looking for them and I can’t seem to find them. Thanks.

Actually the 504 might not be lighter than the 304 - good point. My 604 is a pound lighter than my 304 was. The pickups are much more rich and less sharp sounding to me, and having a midrange control on the EQ is more useful than the selector switch on the 304. The big differences: 304 - great intro bass for features, comes in some very cool gloss colors 504 - adds AlNiCo V pickups, Active/Passive switch, midrange control on EQ, loses preset selector, comes in subtle, more “woody” satin col… 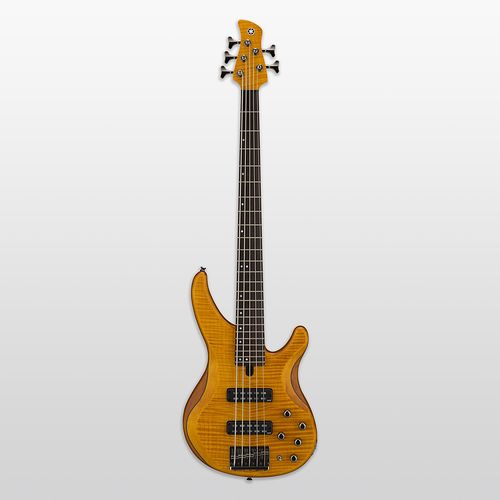 You’re the bedrock of your music. The foundation. The fundamental. The link. You need an instrument with the strength and power to perform. An instrument that gives you the freedom to innovate, to create and push the boundaries. You need a bass where...

I purchased the TRBX304 2 months ago and after several weeks decided that I should have gotten the TRBX504 after several discussions with @howard . I did not like the tone on the TRBX304 ie. it was too punchy for my liking, probably because of the pickups, circuitry, and the fact it is always in active mode.

I thought about replacing the ceramic pickups with the alnico, that the TRBX504 comes with, and installing an active/passive switch, and I believe the active circuitry is also different but for the cost of doing all this it was just easier to purchase a TRBX504, which I did.

I am more than happy with my TRBX504 and the price difference is more than worth it.
I leave the active/passive switch in the passive mode most of the time because I like the more mellow tones that it produces.

The link that @Mike_NL Mike gave is handy to show all the differences.

I think this will vary greatly by location. I’m in the US, and used 504s have been few and far between since the beginning of the pandemic. Most were listed for “new” pricing (if you factored in shipping) because even new 504s were backordered at the major retailers. It’s getting a little bit better, but I’ve yet to see any listed under $400.

I have a question for you:

Am I correct in thinking that in the passive mode the Mid Boost and Bass Boost knobs are completely inactive and the tone is controlled completely by the position of the Master Tone knob, and if so, does rolling the knob clockwise increase the Bass frequencies response while counter-clockwise cuts them?

The active EQ is indeed off, yes. No bass or mids control.

The treble knob becomes a Tone Knob. This is a simple low pass filter that only cuts. Turned all the way clockwise it cuts nothing, then as you turn it counter clockwise it cuts more and more high end tone out.

This is a simple low pass filter that only cuts.

Thank you.
This is the part I had backwards in my thinking.

Ya I am seeing crazy pricing of yamahas in US used market or like new or new from smaller guys.

Would have been fun to play ‘predict the bass futures market during the shortage’.
I wonder if people are paying over retail for things.
Fundementally, this is a hard no for me, i don’t care what it is

I wonder if people are paying over retail for things.
Fundementally, this is a hard no for me, i don’t care what it is

This was me in 2020…until I realized after two months pickings were dwindling and re-stocks were not happening. A bird in the hand is worth close to retail under those conditions.

I paid way over retail once, long ago when the Wii was brand new, and a very pretty girl wanted to play Wii badly and I saw it as an in. It was a costly in, but worked.