Any sexy new basses you've got your eye on?

Yeah, I like the Snow, and the green mist, but my favorite is that blue one.
Of the new colors I mean.

She arrived! Sounds amazing, and the build quality is off the hook! Although it is very odd to get a new ‘old’ bass, it really has so much attention to detail on the relic-ing, they do a great job. From the pickling on the metal covers to the ‘corrosion’ on the saddles. I was having some buyer remorse as I waited for it, but no more. Put Labella 760M original flats on it and just love the tone. 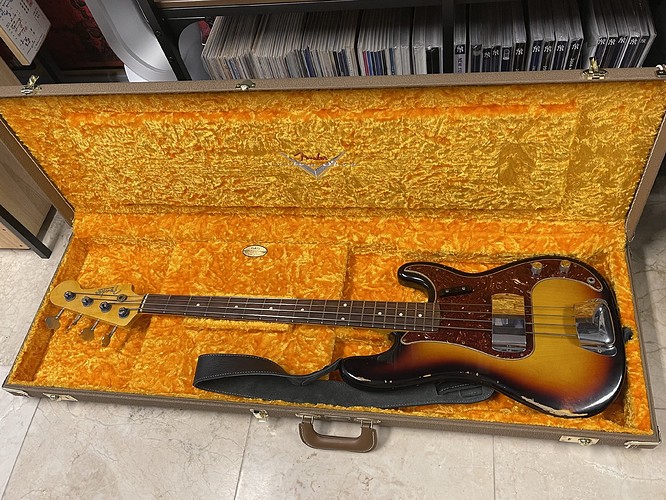 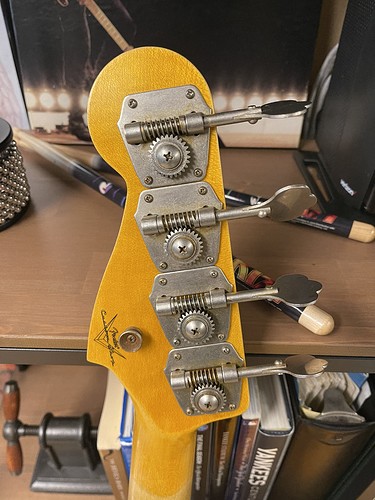 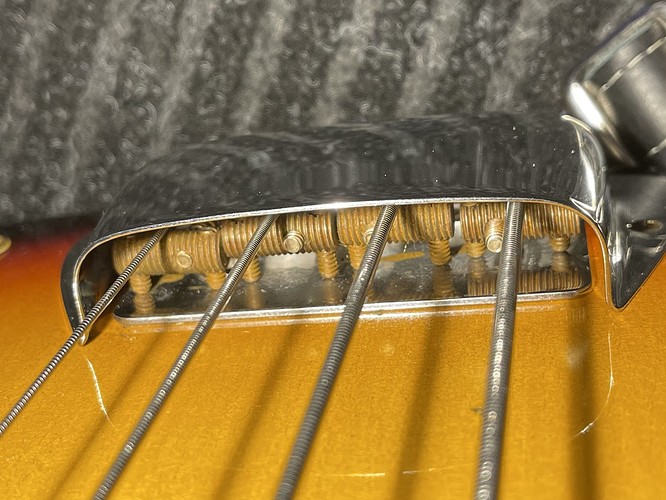 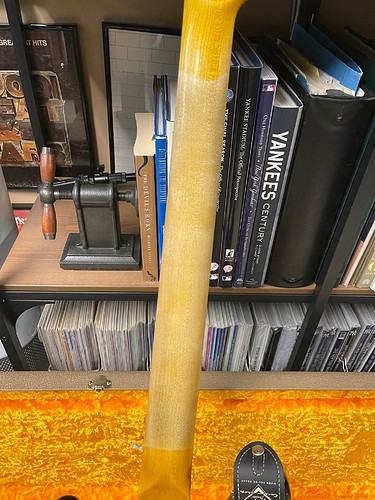 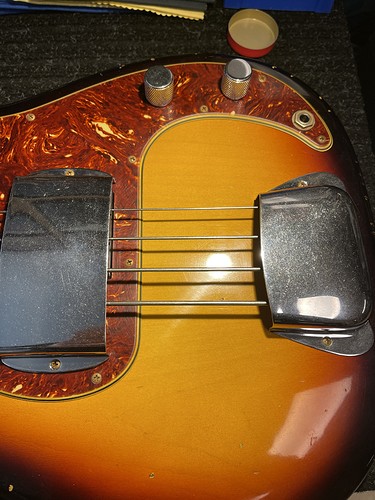 What an absolute beauty. Strange that they ship it with roundwounds on but I guess that is what most people are used to these days

It’s beautiful alright, and your detailed photos shows off that “old and used” look.

Wish you lots of happy playing!

Have to admit though I just don’t get the appeal of relicing a nice new bass. Especially buying them from the shop that way; I am unfortunately very capable of trashing and degrading my own nice things

I had them swap out the round wounds with Labella 760M flats so the nut could be adjusted for the fatter strings. But rules are the one took I haven’t invested in yet.

Got it through Empire Music in PA, btw, great shop to deal with.

Yes, it seems pretty strange to pay for it, though I must admit that the Sandberg hardcore aged look fantastic… they even got cigarette burns on the headstock

It’s a debate that will run and run Howard and will always divide opinion. I have to say when Fender first started relicing with (I think) their ‘Roadworn’ Series I thought it was bizarre. They were so crudely done it looked as if they’d just taken a belt sander to the obvious edges. I couldn’t really understand anyone A) thinking it looked in any way authentic or B) actually wanting to buy them. John_E’s bass though is off the scale beautiful and so well done. I always go through trauma with new basses/guitars and hate it when they get the first ding. I almost can’t pick them up I’m so upset. At least this avoids the problem

It’s just a different mindset I guess. I do not find old or vintage to be a priori cool. When I see things like corroded saddles and tuners, I think that would drive me crazy until I replaced them

John_E’s new bass is great if you like the “aged” look, and remember it’s the 75th Anniversary Special, so it ticks a number of boxes!

I prefer the “brand new” look myself . . . I wipe my baby off and polish the chrome!

When I bought my first strat in 1974 I got so upset by a ding that I deliberately picked away at it until a third of the paint had gone and it started to look like SRV’s but not in a good way. I think I probably decimated it’s value - people hadn’t got the relic bug back then

Fender first started relicing with (I think) their ‘Roadworn’ Series

no, it’s way older than the Roadworn series !

You better start posting some Jamerson covers or else…

I really have my eyes set on an Epiphone Jack Casady bass. I don’t want to get it just yet, namely for the fact I am still pretty much a beginner. Maybe when I develop my skills more than they are.

so when I was a kid I ordered a red rickenbacker 4003 from the factory. waited months for it, but it was beautiful. 25 years or so later, and I haven’t touched a Ricky in decades, but it was on my bucket list to get one again. so yes I had my eye on it. yesterday I had to stop by the world famous Chicago music exchange, even brought the missus to show her around. while I was there, I grabbed a black jetglo off the wall, hit one of the big leather couches and had a play. and… I kinda hated it. the neck is just far chunkier then I’m used to, or remember. which made me sad a little, but also scratched a very expensive bass off my list.

I kinda hated it. the neck is just far chunkier then I’m used to,

I kind of had the opposite happen to me with my Dean Metalman.
Way wide neck, like P bass all the way. it is not super thick and fat like a baseball bat, more like a plank.
I first plugged it in, cuz I realized it was the only passive bass I had, and I started just playing it a little, and I love the tone, it is fat and sick.
And then I started playing some songs on it, and I was not hating the neck, actually I was kind of lking it for some of the songs I was playing on it.
Sure, other songs I would hate on it, and I would probably hate to have to run scale exercises on it (although, it might do wonders for my technique?)
but I just found, playing the right songs on this bass, and I really like it, in fact, the wider strings actually fit my fingertips with I walk up a few strings with pluck hammer pluck cross pluck hammer pluck cross pluck, from e to G string, Cross meaning going to next string, but played in one motion in one played from the ANd to the And. 1. And 2 and 3 and 4 and.
So, my fingers fret better on the wider strings without having to try to pay attention to where I am placing them, if that makes any sense at all.

Yeay, I love my my SLO Jazzish Ray4 neck the best for sure, but I did not hate that plank I played, as a matter of fact, I have fun with it now.

I also think it is how critical of myself I am being. I am not being critical of myself at all, and just playing very relaxed and casual, and if I miss something oh well, where as playing on my other neck, not that I get hugely discouraged or anything, but sometimes I can kind of scold myslef. “come on, you can hit that, you do it all the time”
You know, I am not like that on the dean, so I hit most of what I tried for , so its a win, and did i mention the tone was bad ass. lol

Yeah, I don’t’ think I would buy a rick priced bass to treat it casual like that, butI am just saying, I might learn to love many-necks, and by the time I get around to a rick, maybe I will really enjoy it, or maybe not

I always lusted after one of those super expensive 50s reissue Gibson Les Pauls. Thank God I spent a few hundred on an Epiphone Les Paul first to confirm how horribly uncomfortable they are

as often with Gibson, these are beautiful objects but not excellent instruments …

I am glad I learned my Warwick lesson with Rockbasses and not MIG’s. I liked them, but in the end, not what I wanted after all.