This is fast becoming my favorite thread on this bass related forum.

I need to eat less and practice more.

I went to a very expensive Korean BBQ restaurant here in the US and had an experience I didn’t really understand.

It seemed like they took all of the parts of a pig that I would consider the best and discarded those to only bring us the parts I wouldn’t normally consider eating. It was not a pleasant experience.

My question is this. Was that a cultural thing or just a bad restaurant?

Sounds like you went to a place specializing in what in Japan they would call “Horumon”, an organ-meat based subcuisine.

Horumonyaki (Japanese: ホルモン焼き) is a kind of Japanese cuisine made from beef or pork offal. Kitazato Shigeo, the chef of a yōshoku restaurant (one that specializes in Western-derived cuisine) in Osaka devised this dish and registered a trademark in 1940. It was originally derived from Yakiniku, a Japanese adaption of Korean barbecue. The name horumon is derived from the word "hormone", which means "stimulation" in Greek. The name horumon is also similar to the Kansai dialect term hōrumon Although...

Korea has a subcuisine like this too but I forget what it is called. I don’t like it either.

Usually for normal Korean BBQ (or Japanese Yakiniku) they will bring relatively fatty but still normal meaty cuts, usually things like rib cuts (galbi). In other words, exactly what you would want

Just put the brisket onto the pellet smoker, midnight in Melbourne will give you an update on the progress in the morning, 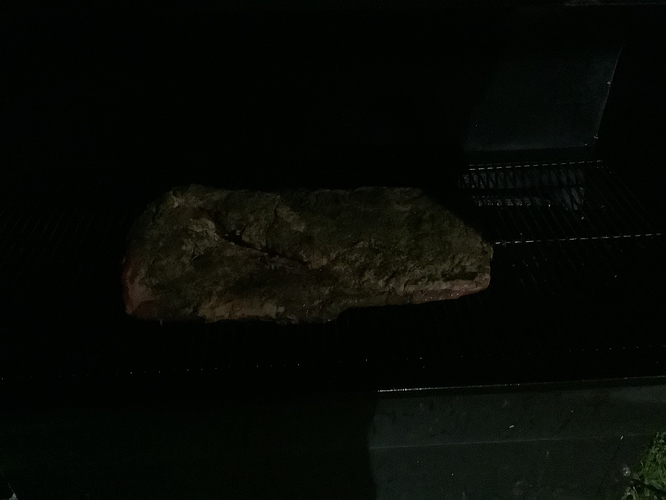 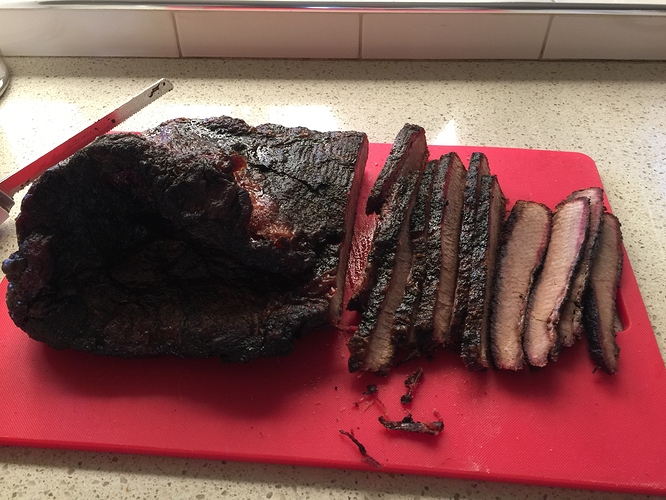 There’s nothing like a good brisket, and that looks amazing.

Hey, I live close… send some my way!

O.k.
You asked for it 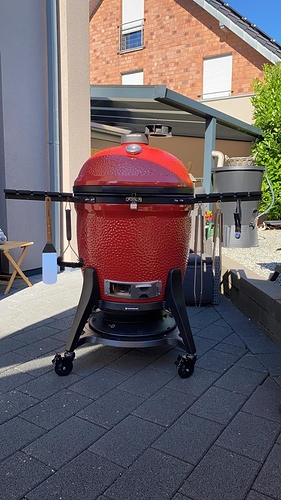 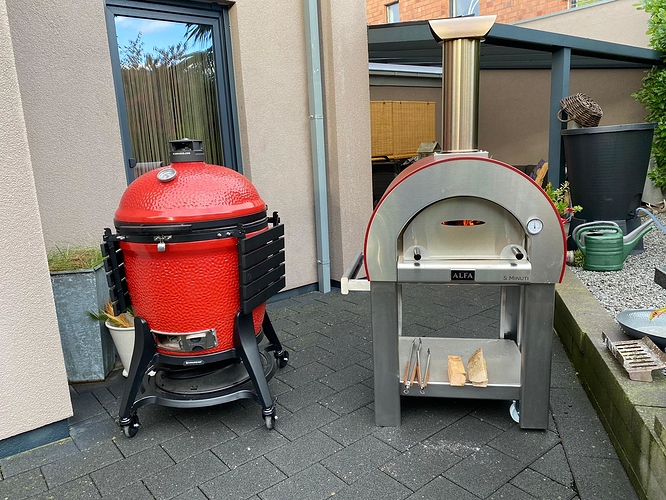 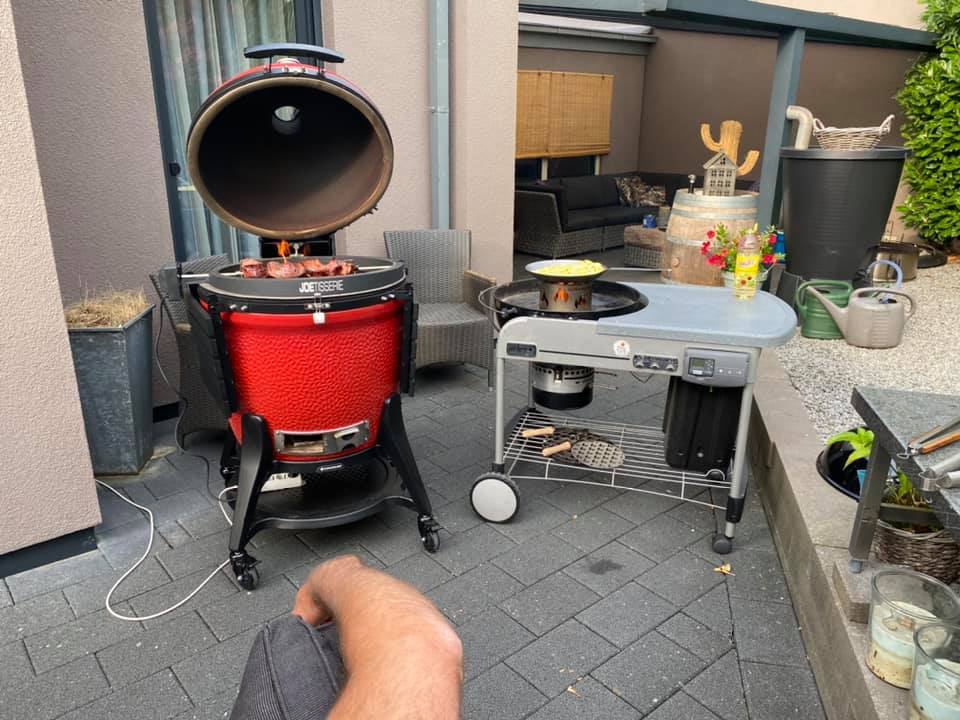 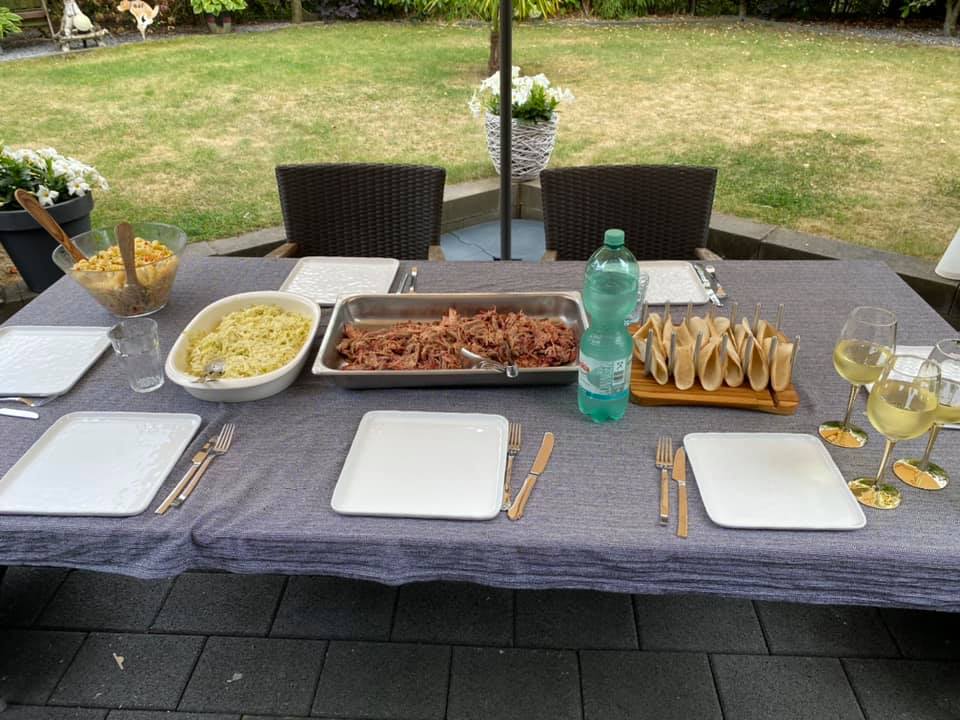 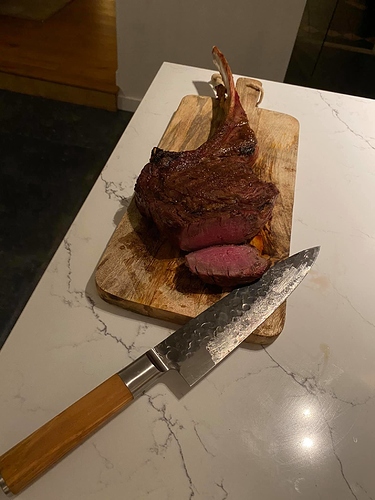 This all looks… professional and amazing.

Nice! My dad used to have a Big Green Egg, looked similar to that.

When I started this thread I never guessed so many people would show up with such serious grilling and barbecue skills.

This thread never fails to make my mouth water.

Not chittlins. Just lots of pieces I didn’t recognize with very dense fat.

Yep sounds like a bad restaurant…I haven’t been out to eat Korean BBQ in so long…damn. I’m hoping to go to Seoul in April to walk in the commencement ceremony for UMGC there will definitely be meat burning on the grill, kimchi on the table, and soju in the glass. The a trip to Nakwan to music warehouse district and see if I can score up some bargains.

Well to be fair Japanese curry is hard to beat too