How to Play Hysteria on Bass (10 Simple Steps + Tabs)

Sick of struggling to play Hysteria? This step-by-step lesson will take you to the finish line and level-up your overall playing. 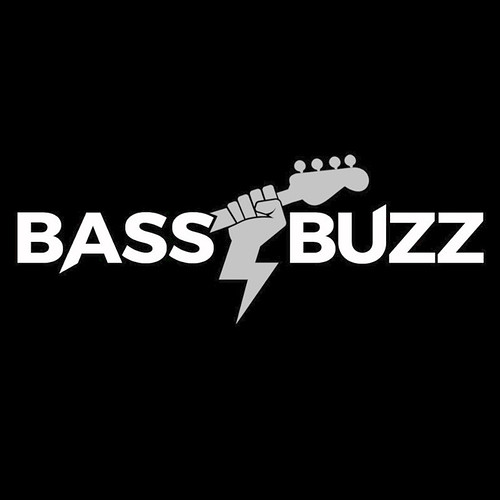 Noteflight online music notation software allows you to create, view, and share music with the Noteflight Community. You may also buy and sell music on Noteflight Marketplace. Sign up to get started!

If you’re doing the Beginner to Badass course, this lesson is safely in the “don’t try it til you finish the course” category! (unless you have a high threshold for frustration

Here are all 10 challenges in order, so you don’t have to scour through the video every time:

If you feel inspired to put in the time on these challenges, feel free to use this thread as your progress log, to post covers, questions, etc.!

@howard this is for you and your new BB

Also left you a thumbs up on the Tube

Great idea! It must be done.

Gives us about 2 years to work up to it.

This is my holy grail! I need this specific thing in my life. Thank you so much, I’ll be working on this challenge!

Great video! Not gonna lie, I thought it was Def Leppard’s Hysteria at first, though.

Excellent idea, might as well close the gap and nail the last 10-20% sometime. I can do this at about 80-90% speed now, so this does seem like a nice break-in exercise

Ahh yeah. Challenge eight is where it gets hard at full speed

The endurance is hard too. Really hard.

Love the Ukulele shredding there at the end

Great video! Not gonna lie, I thought it was Def Leppard’s Hysteria at first, though.

Hey @JoshFossgreen, I know you know I left a coment on your Youtube video while I was away, but, not only was that #1 Josh comment into Noob Josh clip with your statement about GAS, but that was the best tutorial on “How to break down a song in order to learn and perfect it”. I have not seen anything even coming close, so great work.

I also have an idea for two more videos just like this one with two different songs.
But it won’t be you just doing this same thing over and over, so you have content to put out. Both songs are really different styles of bass playing, and it will help teach how to break these other styles down. I can now look at a song that is straight playing and chugging, and see where it can be broken down and put into different exercises to practice and perfect a song. I may alter it a little, just based on that it is still a learning process, but I have much more confidence.

Even your Smells like teen spirit was close to this with 5 levels, broken differently, but that song has more off beat and ghost playing, but still it is a standard finger or pick style song, so it was not like you just regurgitated that into Hysteria for another video, they were both excellent.

So, I propose to you two songs.

#1 - For Slap (and ghost notes)
“Take the Power Back” by Rage Against The Machine
And
#2, for Tapping
“Jerry Was A Race Car Driver” by Primus.

Personally, I would like it broke down to get the individual section exercises for me to work on in order to perfect those pieces to the puzzle in order to play them stronger then I do now (and some are obvious, but its reassuring to see it come from you), but for anybody, those would be good song choice examples, that have been popular, and fit into this same format. Plus, it’s another incredible video that will help hundreds of thousands of people at the same time. How to break down Slap and Ghost note songs into sections to practice, and How to do the same for Tapping. True that tapping Riffs are rare, but if you can play and get strong tapping a whole riff and whole song, then it should help to be stronger with tapping all around.

And if you have better song examples for those two styles, Slap and Tapping, or even other styles of music, that would be awesome too.