I created a website and by now think it deserves its own thread. The basic Idea came from @JerryP who made a Powerpoint (A Practice Aid). I took that idea and put it into a website.

I updated it and now it has following features:

Thanks to @JerryP for the initial idea
To @T_dub, @eric.kiser, @joergkutter, @howard, @JoshFossgreen for encouragement, feedback and info on music theory.
To @tamaraster for additionally helping out with music theory.

Also thanks to @NicolasConstant for creating the B2B Schedule website.

I hope it’s helpful and would appreciate feedback. Is the mode selection okay or did I fudge something regarding music theory?

Thank you for the work you’ve put into this.

Wow @juli0r, you are amazing. Thanks for your hard work and dedication to the BassBuzz community.

Thanks @juli0r, that’s a great resource. I just gave it a try and it works great!

Great work @juli0r!
Many thanks to you for publishing the website and everyone who contributed; a real community project!

Thanks very much for all your efforts!

Thank you all for the kind responses. Glad the web app is appreciated.
This whole thing so far was build in an iterative approach and through feedback so don’t hesitate to give constructive feedback also.

Since I literally had nothing better to do today because bass training is off the second time in a row. Today due to back pain. I think I twisted a muscle in my training exercises or something. I was looking at my bass today and had the thoughts: “I don’t want to leave out another day of practice, but… I don’t think my back will take it today. I should rather rest and hopefully be fully fit and healthy tomorrow” and my girlfriend saw me and commented: “this is the saddest and most desperate expression I ever saw from you.”

Sorry got sidetracked. So I had nothing better to do than update the practice website:

I also had a look into the possibility of downloading the settings so you can have multiple on disk and load them as necessary. It’s added to the “maybe” todo list

Then there’s also the schedule website someone else created and I had a closer look into the code. I will probably add it in as a module but leave it as it is including his name and everything. Also he uses service workers and I’m not familiar with them. Learning new stuff again - tasty.

The tasklist with timers is a task that’s a little bigger compared to the others so I’m not sure if I even take it up.

Someone, I think @T_dub, suggested to me to create a gofundme. I did a paypal.me at the time because I already had an account but that’s just for people with paypal and… well there’s two donation buttons in the menu bar now. One paypal.me one gofundme.
That said I don’t really want or expect any money. It’s just to give anyone the possibility who has the unresistable urge to pay me for what I created to do so, nothing else.

Oh man, sorry about your back.
I feel guilty that I like you taking a day off to work on this more.
I hope your back gets better soon however.

From your comments about not being able to practice because of back pain, I assume you always practice standing up? Is this true?
If so, are you able to sit and practice?
I think both, so you can still play now, but also for future practice, maybe sit some of it so you don’t strain your back so much??
Just some food for thought. Of course if you do sit and play, then that all goes out the window.

I assume you always practice standing up? Is this true?

Yes.
It’s an idea for long practice sessions as I had them the day before yesterday but overall I think it’s rather me sitting in my flat all day at the computer and not moving very much. I try to keep in shape with body-weight exercises but I usually just do them after the back started to hurt and this time I just waited too long I think. I gotta get into the habit of a schedule for that. So overall I don’t think it’s purely or even mainly bass related. With my age (33) I should not have back pain in normal situations when I at least keep halfway fit. I might have a look at straps that better distribute weight than the one I own anyway. Also I kinda feel whimpy when I think about Lanny shooting a nailgun through his hand and then going on to continue his practice.

I feel guilty that I like you taking a day off to work on this more.

It’s all good. It’s not like you would have wanted me to have pain and take a day off. I hope. If not I might actually get offended

All modules are lazy loaded so it could be that you have to wait a second until it shows up after navigating there. I don’t think a waiting spinner is worth it since there is no db connection or something like that. Everything should be quickly loaded.

Also I am soooooooooo annoyed. I found the reason for the gap in the loop: 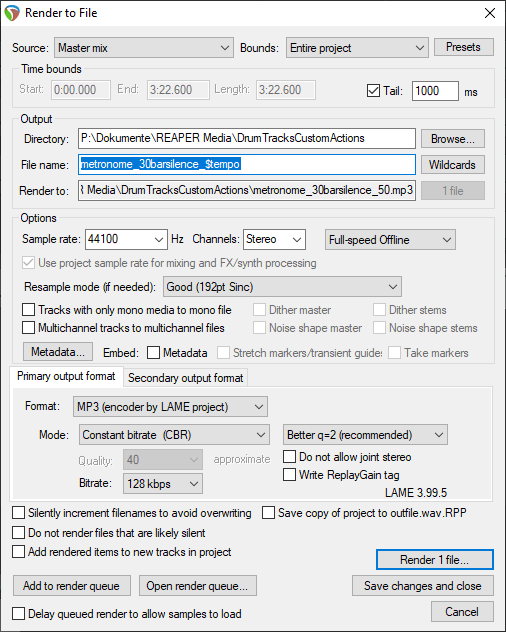 Why is it activated by default? Why would I want an extra second of silence? ARGH
It’s probably still a good idea to have the count-in and silence anyway so one has a start- and endpoint.

Wowzer! That is amazing.

For starters you can just leave it as it is, press play and have a drumbeat.
I thought the options to be relative self-explanatory but let me know if there’s something specific I can help you with.

Now that I had another look at it and tried to clear my mind / have a fresh perspective: The scale playing time is only connected to how long the scale is shown. It is not in any way connected to the drum loop.
All other sliders are about the drum loop.

@juli0r, I am sorry about your back. I hope you are able to manage / recover as fast as possible. Once the various parameters (tempo, scale, etc.,) and press ‘Play,’ what am I supposed to see?

When I press Play nothing happens. I do hear the beats, but that’s it. Is there an ideal browser for the website?

When I press Play nothing happens. I do hear the beats, but that’s it. Is there an ideal browser for the website?

The beat should start and at the top of the website should be a scale/mode shown for a certain amount of time. The amount of time is also an option - the first slider.

Any browser that decently can run JavaScript should work.

So maybe some will do the excercises because I typed it

Could be but apart from that you gave me an additional idea for the practice website! With just text you did a very good job but text is probably not the best medium to explain excercises.
Recently @gcancella joined and he develops something I could use so we can create and share excercises on the website.

You can check the WiP at fretful.netlify.app

So I did not have a closer look. I think I have to customize a bit to include fingers into fretting but it’s a good base to start from anyway. Also I am not sure what @gcancella had planned for the future.

I probably won’t get to do that the next few days because my work weekend starts again. Still so far I really like the idea and am excited about it. What do you and others think?

Moved it here because it fits better into the topic. It’s not very pinky specific.

I’m only pointing this out to save you a bunch of time coding etc. that could be utilized practicing

Sorry to edit my post away while you were typing. As said I realized my post fits more into this thread.

Yes of course a bunch of free exercises exist from different sources. If you know something similar of what I was talking about - an interface to create and share exercises with a specific easy to understand notation then it would really be useless but I haven’t seen such a thing.

I usually spend my time coding when either my fingers as well as my vocal chords deserve some rest or in the middle of the night with my girlfriend sleeping in the room. Sometimes I practice with headphones but it’s a bit of a hassle and my hands already deserve a longer rest.

Also it’s good for me to not get out of practice and I’m learning a lot about music theory as well as Frontend coding by just doing it and I became a programmer because I have fun doing it. And not having someone tell me what to code? Doing what I like to do and experiment with things I want to without time pressure? It’s amazing.

Your efforts are appreciated. Thank you.

So I did not have a closer look. I think I have to customize a bit to include fingers into fretting but it’s a good base to start from anyway. Also I am not sure what @gcancella had planned for the future.

Does this answer your question?

Btw, the available link, does not reflect the latest version. This was a relatively private project until I made my introduction post.

Does this answer your question?

Oh yeah! Amazing idea and project you have going on there.

Hope you are excited as I am to see it in a realistic scenario.

If you make it a little less private I might be willing to contribute anything I adjust for the feature I mentioned.