Since there really only seem to be two differences in the way left handed bass/guitar players relate to playing, vs. right handers, I thought I’d I’d start this and another thread (“Left handed bass instruments”) with the idea of highlighting some resources and encouraging others to add more.

Here are three such sources to start with (one of which I recently posted in another thread, but am reposting here specifically to bring to the attention of left handed players):

I do not own either of the above books, but welcome input from any who have had experience with them. They seem like they’d be helpful for left handed bass players.

If you have any other learning resources for left handed bassists that you can share, please post here!

Check out the excellent fretful.io site, written by our very own @gcancella. It has a LH fretboard option.

Thanks for reminding me! I have seen that site, just not visited lately. Good catch!

I also forgot to add this website in my initial post: Blumberg’s Music Theory Cipher for Guitar. A page on that site “The Cipher for Lefty Guitar (or Lefties)” has an index for info and diagrams which, while specifically for left handed guitar, can be used for 4 string bass simply by disregarding the 5th and 6th strings. This site also uses a reverse number system for the strings, in which the E string is #1, where the standard would be E as #6 for guitar, or #4 for 4 string bass.

I admit that thus far I haven’t delved much into the above website, but as I progress into learning about music theory, I may go back to it.

@Never2Late , I wish you well on your journey. I always have had a soft spot for left-handers, since I’ve been one for over 55 years. I’ve come to understand that lefties are a diverse bunch along a sliding scale of left handedness; some are rather ambidextrous. I learned to bowl left handed as young adult, but when I picked up the bass I went right handed; I guess decades of playing “air guitar” right handed set me on that path!

Hi kwt7667! Thanks for your good wishes.

Yes, I do think there is a wide spectrum of handedness for left-handers (left-to-right), vs most right-handers use the right for all tasks. For me, it seems that I do fine motor tasks (writing, sewing, brushing teeth) with my left hand, and most gross motor tasks (throwing, using a bat, etc.) with my right. I always thought of it as “mixed-handedness,” after reading it somewhere. I have a left-handed sister who does more things left-handed than I do, though.

There was another thread where the topic of ambidexterity came up, and my input was that technically the term “ambidextrous” is defined as being equally good doing a given task with both hands (“ambi” = both, “dexterous” = skillful or adroit in the use of the hands or body). But many use it to mean doing some things with one hand, other things with the other hand. So we can leave that topic there.

I have always played “air guitar” left handed, so there you go! Different strokes for different folks, as they say.

A fascinating topic, since “we left-handers” are different than most folks. I honestly don’t know if I am truly ambidextrous or not because there’s the training factor. When I was in my early 20’s I worked in a grocery store, and eventually I found myself behind the register. The ergonomics just didn’t favor lefties, so I learned 10-key right handed. I scanned with my left and ran the register with my right, and I was very fast using both hands in concert! Now, 30 years later, working in IT, I still use the right hand for 10-key and the mouse way better than I ever could left handed. And, if I need to pickup my pen or pencil, my left hand is free to do so. Training does have an impact.

As far as my bass journey, which started a mere 18 months ago, I find that the fretboard is the most challenging aspect of learning bass. I really thought it would be a breeze, but it wasn’t. The right hand has been fine, although one of these days I’ll pick up a pick…and maybe I’ll sing a different tune! When I pick up a guitar, my right hand feels like all thumbs with the pick in hand. Training needed, we’ll see.

I really like the fact that @JoshFossgreen is left handed, and look at what he’s been able to do. I don’t think I’ve ever hear him speak specifically about this topic in detail.

An interesting recent YouTube video by Rick Beato has him discussing handedness, as he demonstrates his (lack of) skill trying to play “Back in Black” on guitar, left handed (he is right handed). Let’s see if I can embed it here:
https://www.youtube.com/watch?v=o1mcgV_3O0c
Well, that didn’t work, but you can view it using the link, at least. Not exactly a learning resource for lefties, but worth checking out.

Not too long ago I was reading about the genetics of handedness. (Will post a link to the article below.)

It seems that there are two main versions of a certain gene that accounts for most of our genetic predisposition toward right or left handedness. The dominant version predisposes kids toward right-handedness.

The less common recessive version of the gene isn’t a lefty gene - it’s a random or dice roll gene. Kids with this version aren’t particularly predisposed toward any orientation; they may end up anywhere along the spectrum of handedness. This is why lefty parents still tend to have right-handed kids, and why identical twins don’t always have the same orientation. 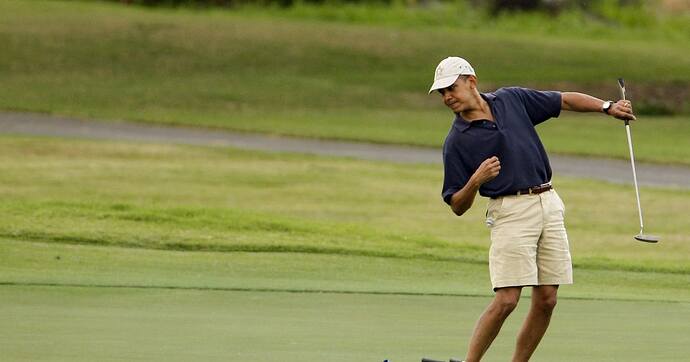 The Science of Being Left-Handed

Being a lefty goes beyond just a hand preference.

@cg_postbunk Very interesting, thanks for posting this. The random gene as explained in the Inverse article you posted was also part of a study done by the late Dr. Amar J. Klar in the 1990s.

My mother had heard of the study by Dr. Klar, and wanted herself and her two lefty children to participate in it. But by the time she became aware of the study, it was drawing to a close.

When I entered school, and was first learning to write, I got confused (even though I was already known to use my left hand, and can be seen in old family home movies doing so as a toddler). What confused me in class was that I observed one child writing with the left hand, and another with the right. So I went back and forth using the different hands to write, and the teacher noticed. She contacted my mother, who confirmed my handedness, and my teacher then encouraged me to use my left hand in class for writing. Thank goodness, because even at that time, there were still left handed kids being changed to use their right hands to write, and switching kids that way is known to cause problems (such as stuttering).

The random gene as explained in the Inverse article you posted was also part of a study done by the late Dr. Amar J. Klar in the 1990s.

Thank you! I have bookmarked this article to read later.

I just stumbled onto this thread. I had read a while back while I was in college that most (many, I can’t recall now…) left-handers were not only not predisposed to one hemisphere or the other, but some had a larger corpus callosum, which manages communication between the two hemispheres. In the event of a stroke, this person could recover more quickly as he/she could reassign functions to the other hemisphere more easily. I can’t recall who’s work it was. I read it back in the 90’s.

Thanks for posting this; I’ve just been on Leftyfrezt and printed off a copy of the fretboard notes diagram. Very helpful!

Who knew! Thanks for that fun fact.

Strangely, I’ve never felt a challenge converting the fretboard to my own lefty fretboard. I think my mental model just rolls the fretboard over…like I am looking at my bass facing me, upside down, to see the tabs…and I see the tab strings as thin to fat, versus top to bottom.