I have been using yousian instead of rocksmith only because it has option to use Notation instead of tab. I got it during black Friday 1/2 off. Just like rocksmith fun way to practice. It actually has a couple of different modes to play. Getting away from tabs. I’ve had it for a couple of years. They always have a black Friday deal. 1/2 off. So I renew on black Friday.

I haven’t used it much, but I like it. Seems the same kind of interface despite the horizontal versus vertical layout. The thing that surprised me the most was how good it was at recognizing whether I was hitting the right notes on not with just the microphone.

I’ll check it out before I spend a fortune on the rocksmith DLCs.

Got to say I play about on Yousician daily. I do enjoy it as a bit of fun but beware it can be a bit consuming

I installed it on my phone a couple years ago, but never really used it. I think at the time I was too busy with other things (B2B, Scales, Chord Tones, etc.) and never took the time to learn how to use the app.
I might just take another look at it, although I don’t know how much good it’ll do me at my current level of playing.

) and some of the level 6 upwards stuff is pretty full on. Having said that you are a lot further on in your bass journey than I am

You can get literally thousands of free DLC songs for Rocksmith. Very easy to do: 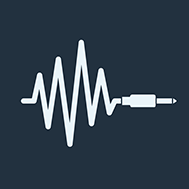 How to use Custom DLCs in RS2014 Remastered

You need to own Cherub Rock! All customs on this site use the AppID for the Cherub Rock DLC. You can find this DLC here: https://store.steampowered.com/app/248750/Rocksmith_2014__The_Smashing_Pumpkins___Cherub_Rock/ DOWNLOAD CUSTOM SONG FOR YOUR...

Perfectly legal too - you can’t use this method to get songs that have been officially released via Ubisoft - rather this is content made by other enthusiasts.

After getting it all working (link above) you can grab the songs here. (And you can apply filters - so if you only want songs with bass parts tuned in Drop D you can easily find them, etc).

Usually there is no quality control on those. I spent days or weeks sorting through my “stepfiles” for stepmania (DDR Clone, Same approach with songs as in your example). A lot of the songs were unplayable because it wasn’t exactly on the beat or stuff like that.

I’d still give it a chance if I would decide to keep playing both or just rocksmith.
So far yousician is winning out despite subscription fees.

I’ll leave a more detailed review in a few days, although I fear I won’t start Rocksmith again. Maybe for comparison reasons

Yousician has something for everyone. You can do total Notation and get away from tabs. No matter how far your in your musical journey you can always learn something new. I just like the option of using Notation in stead of tab. I had rocksmith I gave away to my nephew. He also got a sire bass . That I wasn’t using.

I didn’t realize you could change it. You have to do it within a song it looks like. Quite a few options! I think this might help me learn to read music and the fretboard in a fun way.

I’m going to give the notation a try @BigAl .
Thanks for that. And your certainly right about something for everyone. On most days I play a variety of songs ranging from Glen Campbell to Slayer

Thank you @KenKnight . I’ll have a look at that link and dust off my old Xbox.

I had rocksmith I gave away to my nephew. He also got a sire bass . That I wasn’t using.

Agreed, even when its frustrating.

I have literally never regretted picking up my bass

My other nephew got a guitar cheap squire but he was so happy. I’ll do anything for kids to get them started in music especially family. I also gave an ukulele to my friend daughter. Sports music any things to keep these kids busy. Bought my granddaughter a loog guitar and electric loog guitar. 3 string mini guitar. That’s just me getting soft in my old age

. Kids are our future.

I’ll do anything for kids to get them started in music especially family. I also gave an ukulele to my friend daughter. Sports music any things to keep these kids busy

Kids are our future.

Yep, and we need to guide them to do good things.

Occasionally it’s like working out for me. I don’t always want to start, but once I start I’m glad I did.